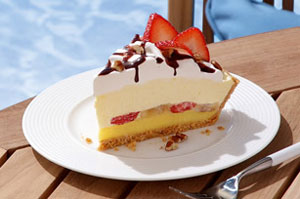 Preheat the oven to 325 degrees F. Put the pecan halves in a food processor or an electric blender and process to make a fine pecan meal.

Combine the graham cracker crumbs, pecan meal, and butter in a mixing bowl and mix well. Press the mixture onto the bottom and slightly up the sides of a 9x13-inch baking dish.

Combine the cream cheese and sugar in another mixing bowl and beat with an electric mixer until light and fluffy. Add the eggs, one at a time, beating well after each addition, until completely blended.

When cool, layer the bananas over the sour cream, spread on the pineapples, and then spread the whipped cream evenly over the top. Sprinkle with the chopped pecans and the cherries. Refrigerate for at least 2 hours before serving. 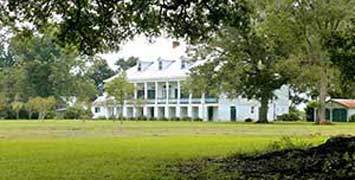