Things To Do in Jefferson Parish | Tour Louisiana

Things To Do in Jefferson Parish

Dine on delicious oysters fresh out of the Gulf of Mexico, explore swamps shaded by bald cypress trees, soak up the sun as you listen to the crashing surf, and uncover the past in captivating historic districts. Make these experiences part of your next Louisiana vacation in Jefferson Parish.

Located just west of New Orleans, the parish runs from the shores of Lake Pontchartrain to the beaches of the Gulf Coast. Whether you come for the world-class fishing or to immerse yourself in Louisiana culture, you’ll find something remarkable here. Check out these things to do in Jefferson Parish, then plan your perfect getaway to the Bayou State.

Embark on The Louisiana Oyster Trail

Eat your way through Jefferson Parish, meandering from Lake Pontchartrain to the Mississippi River to the Gulf of Mexico, on the Louisiana Oyster Trail. We all know Louisiana is well-known for its oysters—in fact, the state is the country’s largest producer. The trail takes you to 20 (and counting) restaurants serving up their own take on Louisiana oysters, including Acme Oyster House in Metairie, Kelley’s Village Inn in River Ridge, and Perino’s Boiling Pot Restaurant in Harvey. You’ll recognize stops on the Louisiana Oyster Trail by the hand-painted three-foot-tall oyster statue that denotes “this is a place that serves them right.” Whether you like them raw with a simple twist of lemon and cocktail sauce, or dressed up, fried, or in soups and sandwiches, you’ll find restaurants along the trail that perfectly prepare oysters in a manner that has earned this state the recognition it deserves.

Spend Time in The Great Outdoors

Take advantage of all the outdoor activities in Jefferson Parish as you adventure through a national park, state parks, nature trails, bayous, and the coast. Charter a boat with an experienced captain for some of the best fishing in Louisiana. Switch it up and fish marshes and rivers before heading out to deep sea. Various seasons are peak for fish like trout, bass, tarpon, snapper, and flounder. For more inland fishing, and to explore the parish’s wetlands, head to Jean Lafitte, the town founded by the infamous pirate. Embark on a boating tour, hire a fishing guide, and rent a kayak so you can explore the Jean Lafitte National Park and Preserve.

In Bayou Segnette State Park, you can rent floating cabins or camp and observe local wildlife like alligators, crawfish, and herons. For an escape to the Gulf Coast, find your way to Grand Isle State Park, located on a barrier island that’s home to one of the best beaches in Louisiana, where you can camp right on the beach,  go birdwatching, crabbing, or hiking. Grand Isle is also host to the Grand Isle International Tarpon Rodeo, the oldest fishing tournament in the country.

Hang Out in Historic Districts

Jefferson Parish is a melting pot of culture with a history that makes it stand out. You can uncover its many stories by exploring its well-preserved historic districts. Tour historic sites and attend popular events in Gretna’s National Register Historic District, the beating heart of a community that was settled in the mid-1800’s by German immigrants. Learn about Gretna’s German heritage and collection of eye-catching beer steins at the German-American Cultural Center, then step back into a bygone era at the Gretna Historical Society Museum Complex, where you’ll find a blacksmith shop, the Louisiana Fire Museum, and three 19th-century Creole cottages. Plan your trip around many annual events in Gretna like the Spring Tour of Historic Homes (April), Gretna Heritage Festival (fall), City of Gretna Oktoberfest (October), and Ringing in The Arts (December).

Set on the northern bank of the Mississippi River, Kenner’s Rivertown historic district is a 16-block area that marks the place where French explorer Robert Cavalier de la Salle landed in Louisiana in 1682. Today, La Salle’s Landing is surrounded by historic buildings and attractions like the Kenner Planetarium and Megadome Cinema, where you can catch a show in the 50-foot domed planetarium and poke around a NASA International Space Station prototype. If you’re in the mood for some theater, attend a performance of a Broadway hit at the Rivertown Theaters for the Performing Arts.

For an escape to small-town Louisiana, head to the historic fishing village of Westwego. Stroll along Sala Avenue and you’ll find yourself at the Westwego Historical Museum, once a general store that served as a fisherman’s exchange that is now home to a 12-foot mounted alligator named Salagator. For a lively evening out, spend the evening at Teatro Wego! or get your tickets for a family-friendly production at Westwego Performing Arts Theatre. When you want a taste of the local culture, make sure you’re at the Westwego Farmers and Fisheries Market for one of the live concerts, cook-offs, and other events held here throughout the year.

Spending the day on an airboat, gliding through moss and seagrass is not something you can experience just anywhere.

There are several tour companies that offer swamp tours throughout the area. Look for lazy alligators on logs, watch turtles slip beneath moss, and let your guide entertain you with Louisiana myths and legends.

Whether you’re looking to experience Louisiana culture, or you want to explore Louisiana’s waterways and coastline, you’ll find your kind of adventure in Jefferson Parish.

Things To Do in Jefferson Parish Slideshow 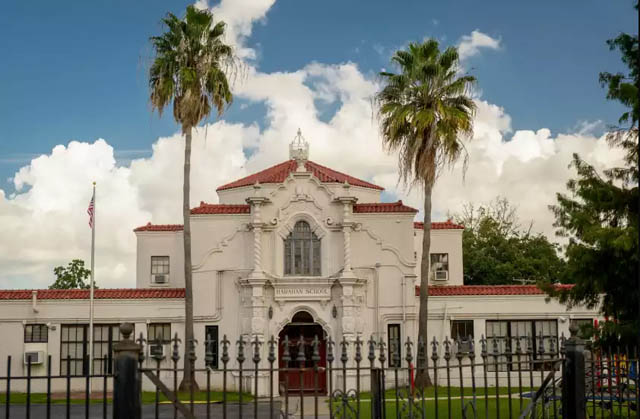 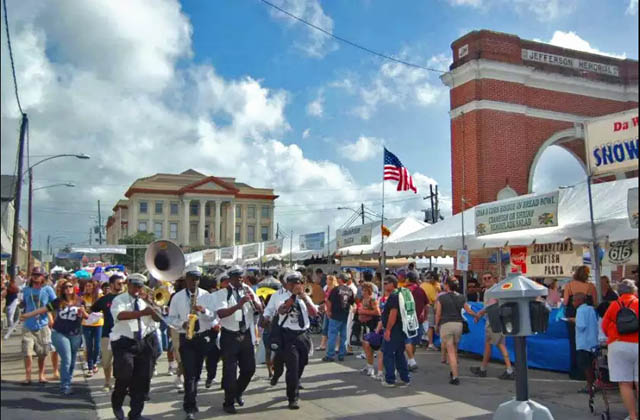 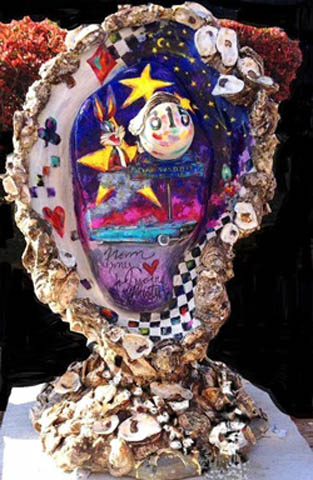 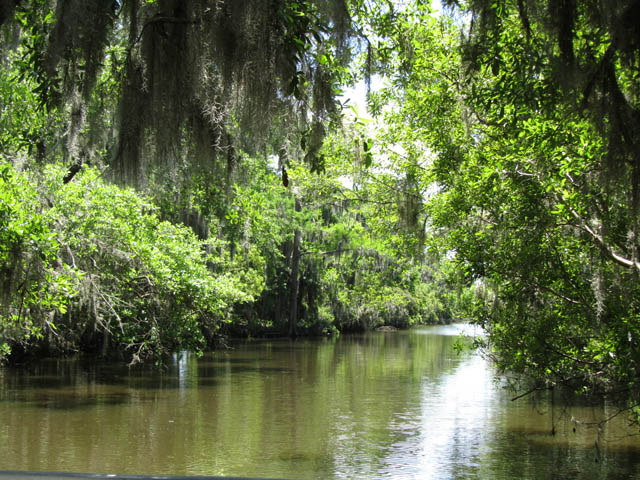 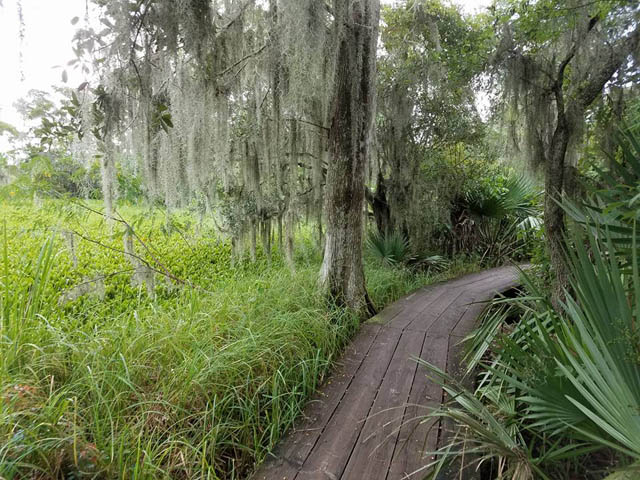 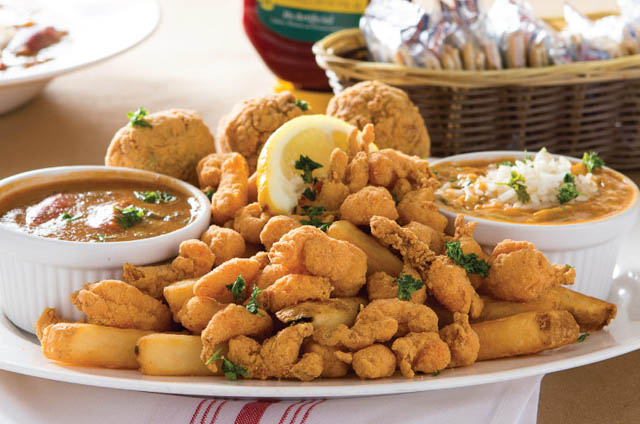 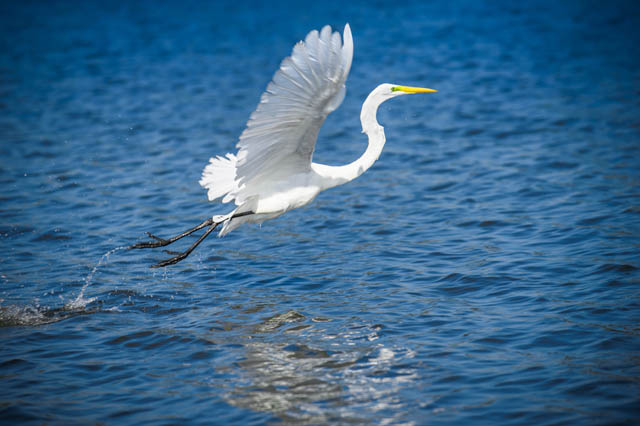 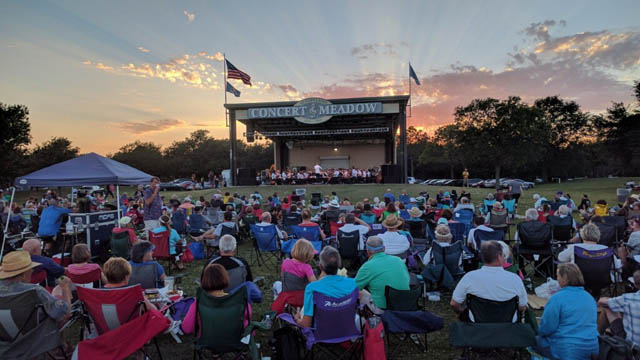 View Things To Do in Jefferson Parish Slideshow