No matter what time of year you visit us here in Cajun & Creole Country we will have something for you to celebrate. That’s in large part because Lafayette is teeming with festivals year round-from beer to boudin, shrimp to sugarcane, gumbo to gratons-there is literally something happening every week. 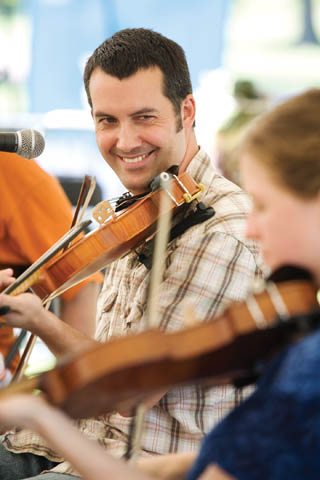 January
Cinema on the Bayou
Each January, more than 200 filmmakers, producers, actors, musicians, and other industry professionals from around the world come to Lafayette for the internationally acclaimed Cinema on the Bayou, Louisiana’s second-oldest film festival. More than 180 films are shown over the course of eight days, and they’re paired with expert panel discussions, workshops, filmmaker Q&A’s, nightly parties, live music, and more.

February or March
Mardi Gras
South Louisiana is home to the greatest free party on earth, a colorful celebration known as Mardi Gras. In Lafayette residents celebrate in many ways including the traditional Courir de Mardi Gras; parades with marching bands, beads and doubloons; Mardi Gras Indians with elaborate dancing and costumes; various styles of king cakes; as well as extravagant Mardi Gras balls complete with a king and queen.

March
The Vermilion Voyage
The Vermilion Voyage is a three-day overnight paddle down the Bayou Vermilion launching from the Acadiana Park Nature Station to Palmetto Island State Park. Participants will have the rare opportunity to consecutively paddle just over 50 miles of the Vermilion through Lafayette and Vermilion Parishes.

Celtic Bayou Festival
Celtic Bayou Festival focuses on preserving and celebrating all aspects of Irish, Irish American, and other Celtic cultures while instilling an appreciation of this heritage in current and future generations. An annual, family-friendly event, Celtic Bayou Festival is held in the heart of Cajun Country and is fun for both young and old…no matter which culture you hail from!

April
Acadiana Poboy Festival
Dig into some of the best po’boys Acadiana has to offer at the annual Acadiana Poboy Festival. Savor delicious eats from more than 25 vendors along with refreshing beverages, one-of-a-kind arts and crafts, children's activities, live entertainment, and of course, the "Po-boy Eating Contest.”

Cycle Zydeco
Cycle Zydeco is a four-day festival on wheels. This casual touring across South Louisiana takes place every year the week after Easter and includes great food, live music, and the finest flat roads Louisiana has to offer. Experience mouthwatering Cajun cuisine and live performances by the best bands in Louisiana.

Festival International de Louisiane
Known as the largest non-ticketed outdoor Francophone festival in the country, Festival International de Louisiane is a five-day cultural extravaganza. See artists and performers from 20 countries, taste cuisine from around the world, and run off all those calories at The Courir 5K. There’s even a children’s area with its own kid-friendly musical performances, face painting, arts and crafts, and much more. 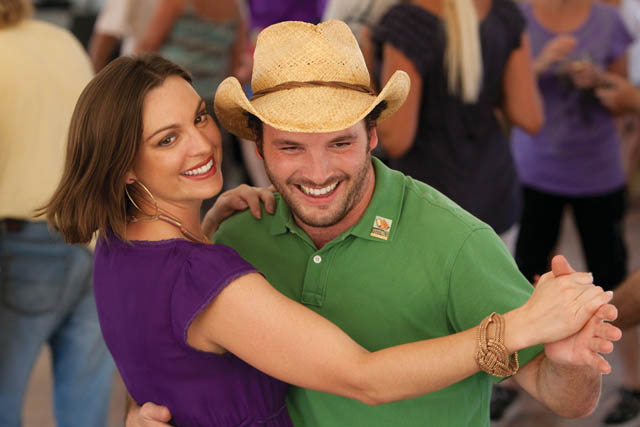 May
Zydeco Extravaganza
Zydeco Extravaganza, held annually the Sunday before Memorial Day, combines the Zydeco music you love with the flavor of a Lafayette festival. This fun indoor festival has everything your friends and family will need to dance the day away including live music from some of the area’s hottest Zydeco acts, an amateur accordion contest, food vendors serving up traditional Creole cuisine including boudin, red beans, and rice as well as a traditional festival food.

Breaux Bridge Crawfish Festival
Combine your love for music and crustaceans all into one fun-filled weekend. Observe more than 30 Cajun and Creole bands perform as you indulge in the state’s favorite seafood: crawfish. Other weekend activities include a parade, crawfish eating contest, Cajun and zydeco dance contest, crawfish étouffée cook-off, crawfish race, and plenty of carnival rides.

June – September
EatLafayette
EatLafayette is a summer-long celebration of Lafayette's local restaurants that takes place each year from late June to mid-September. Diners are treated to deals offered by some of the EatLafayette restaurants as well as culinary events throughout the campaign. With over 200 locally-owned eateries ranging from Cajun, Italian, Mediterranean, Asian, BBQ, and everything in between you can be sure there's something for everyone's taste buds.

September
Zydeco Music Festival
Mark your calendar for the world’s largest Zydeco and LaLa music festival. Learn all about the vibrant culture of Louisiana’s Creoles and the amazing music they create. The festival spotlights the talent of both seasoned and new Zydeco artists, so you’re sure to hear something new!

October
Boudin Cook-Off & Bacon Festival
You can’t think of Louisiana without imagining the numerous culinary delicacies Cajuns enjoy. For the past decade, one of those dishes has drawn hundreds to Parc Sans Souci in Downtown Lafayette for a celebration and competition all centered round boudin. First dreamt up by the University of Louisiana at Lafayette history professor Robert Carriker, Lafayette’s Boudin Cook-Off was established as a means of showcasing the talents of boudin makers from across the state.

Bayou Round Up
The culture of Louisiana comes alive at the annual Bayou Round-Up. Discover the food, scenery, music, and culture that cultivates Lafayette’s unique personality. Check out the hot rods, custom cars, artists, and many vendors as you stroll through the Blackham Coliseum.
2330 Johnston Street
Lafayette, LA 70503

Blackpot Festival & Cookoff
Don’t miss your chance to experience one of the most unique festivals in the state of Louisiana. Each October, the Blackpot Festival & Cookoff combines two days of live local music, dancing, food, camping, and much more. Here’s your chance to experience the sounds of Cajun and zydeco, Creole, swing, hot jazz, blues, and so much more. The famous Blackpot Cookoff gives you a chance to view each chef's outdoor kitchen and sample everything from gravy, gumbo, cracklins, jambalaya, and dessert.

Festivals Acadiens et Créoles
Lafayette, LA's annual Festivals Acadiens et Créoles, held the second full weekend in October, provides the ideal opportunity to discover Lafayette's blend of food, music, and culture that makes the city so unique. For over 40 years this free festival has offered locals and visitors alike the opportunity to experience three days of nonstop music, dancing, food as well as crafts, and a genuine Cajun and Creole experience like no other. See below for a complete list of performers.

November
Southern Screen
Southern Screen is held annually in November over the course of four days in Downtown Lafayette at various venues. In addition to film screenings, Southern Screen also showcases live music, screenwriting, live podcast, workshops, parties, and more for people of all ages to enjoy. Southern Screen moves beyond traditional film and music festivals, working to expose the community to the widespread possibilities of storytelling using various forms of multimedia.

December
Cajun & Creole Christmas
The heart of Cajun & Creole Country is transformed into a winter wonderland throughout the months of November and December with a Cajun and Creole Christmas. From light shows to parades, tour of homes, performances, carolers, and much more you can be sure to find something to get the family in the holiday spirit.

Things To Do in Lafayette 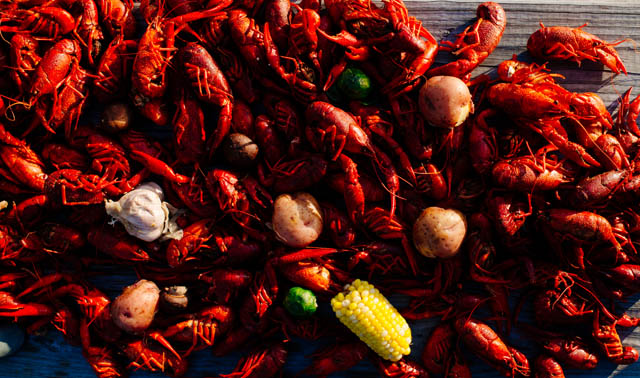 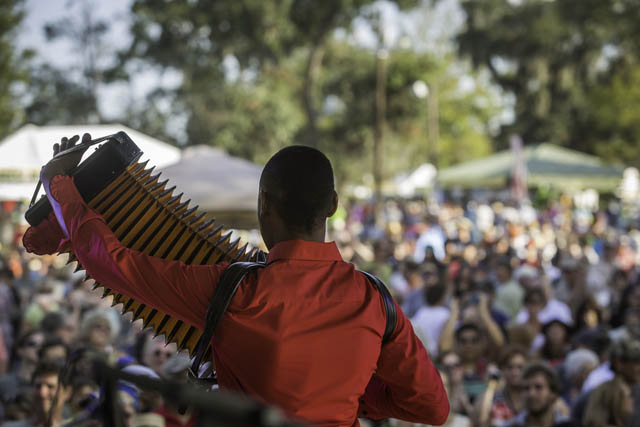 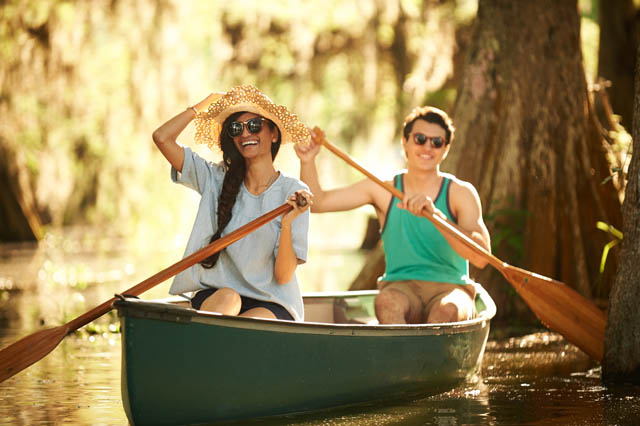 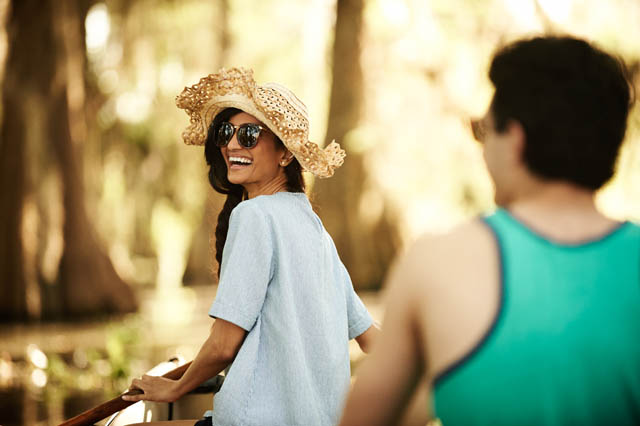 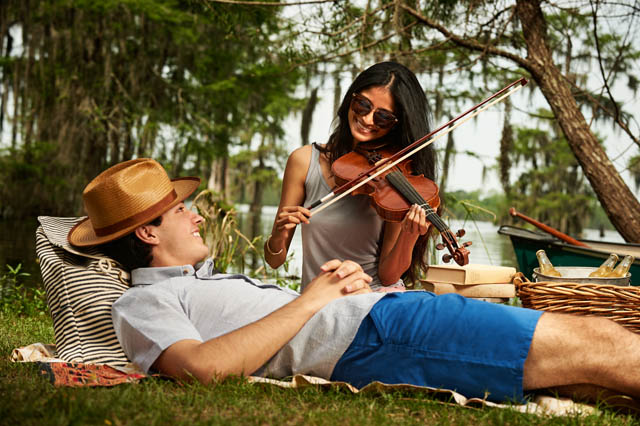 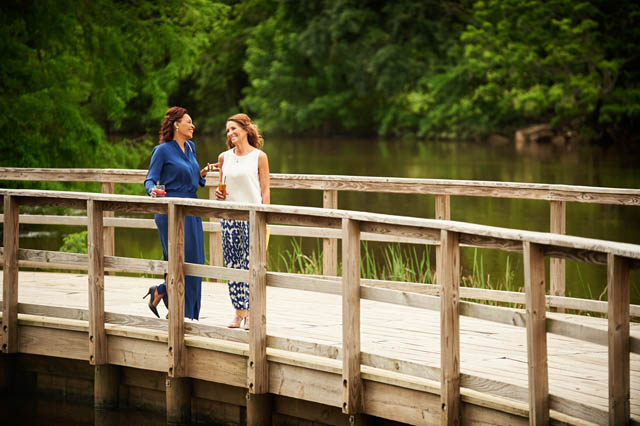 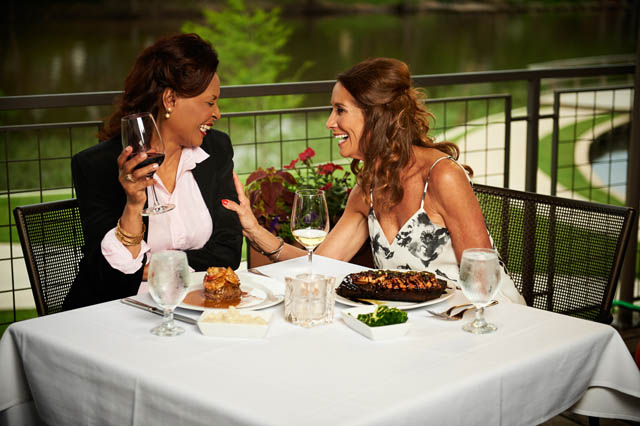 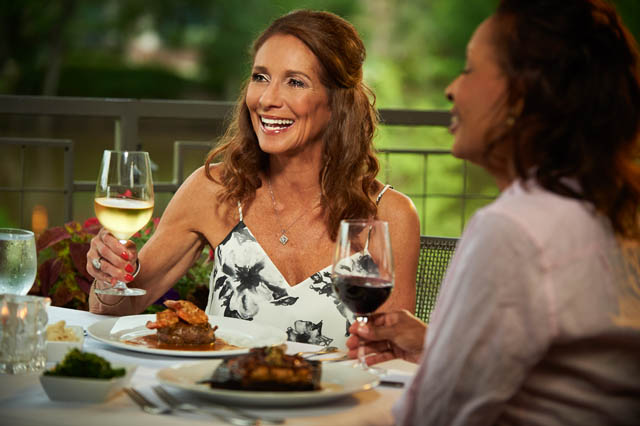 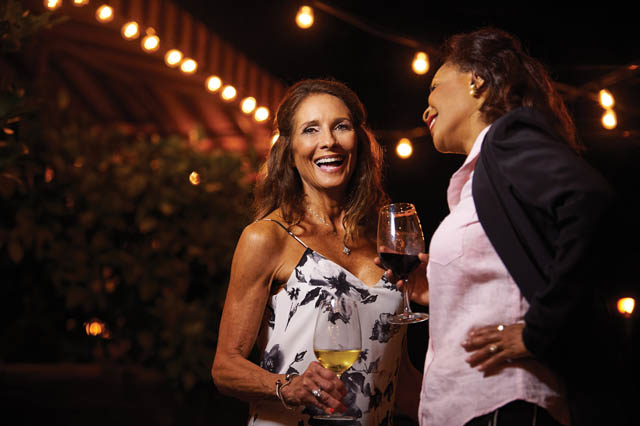